On Friday, April 27, 2018, it was all hands on deck as volunteers transformed the circle garden. You'll see pictures below -  before, during and after. Left to right:  Fran, Eileen, Bill Nation, Carolyn, Janis, Dick Amesbury, Judy, Sandra, Karen.  Not shown:  Frances and Shawn. 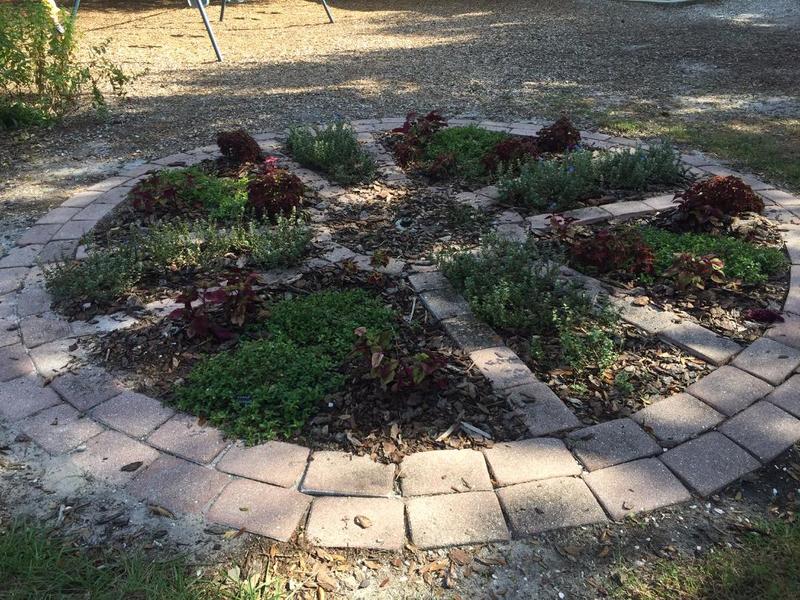 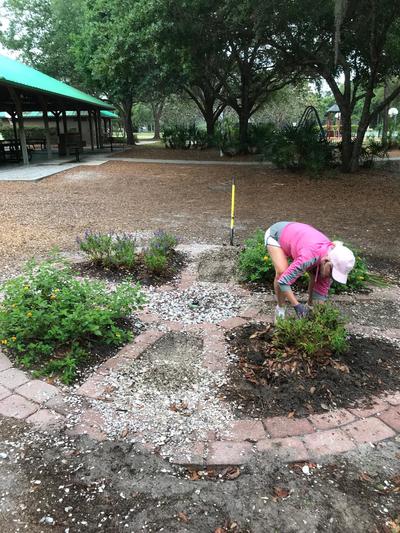 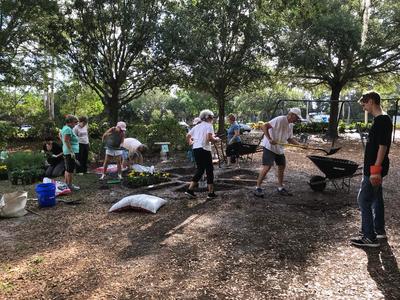 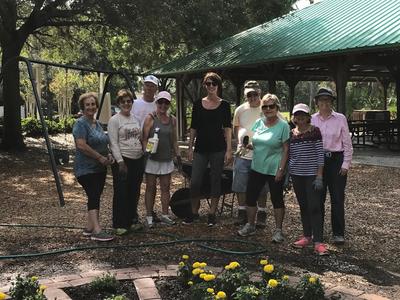 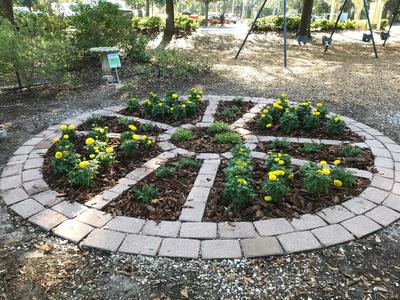 History of the Circle Garden 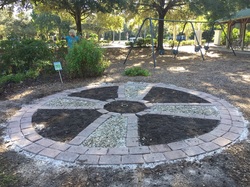 ​The basic layout of this Circle Garden was put in place September 20, 2016; thanks to the LWR Operations & Maintenance department for setting up the garden based on our design, using bricks donated by GOE President Carolyn Lowry-Nation. 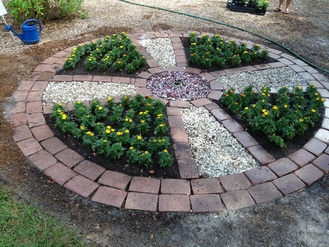 The white-looking areas are shell, the center is a dark red-mottled stone that compliments the brick. 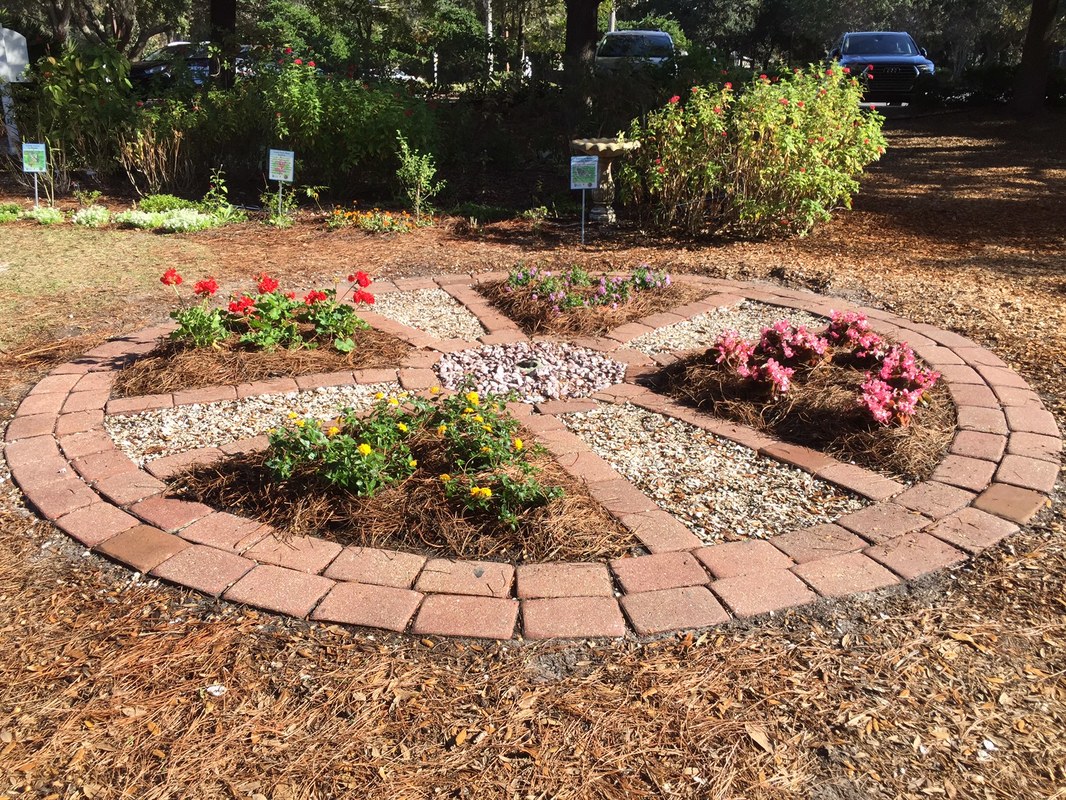